Below is Broomall String Band’s statement about the 2019 Mummers Parade being their last. 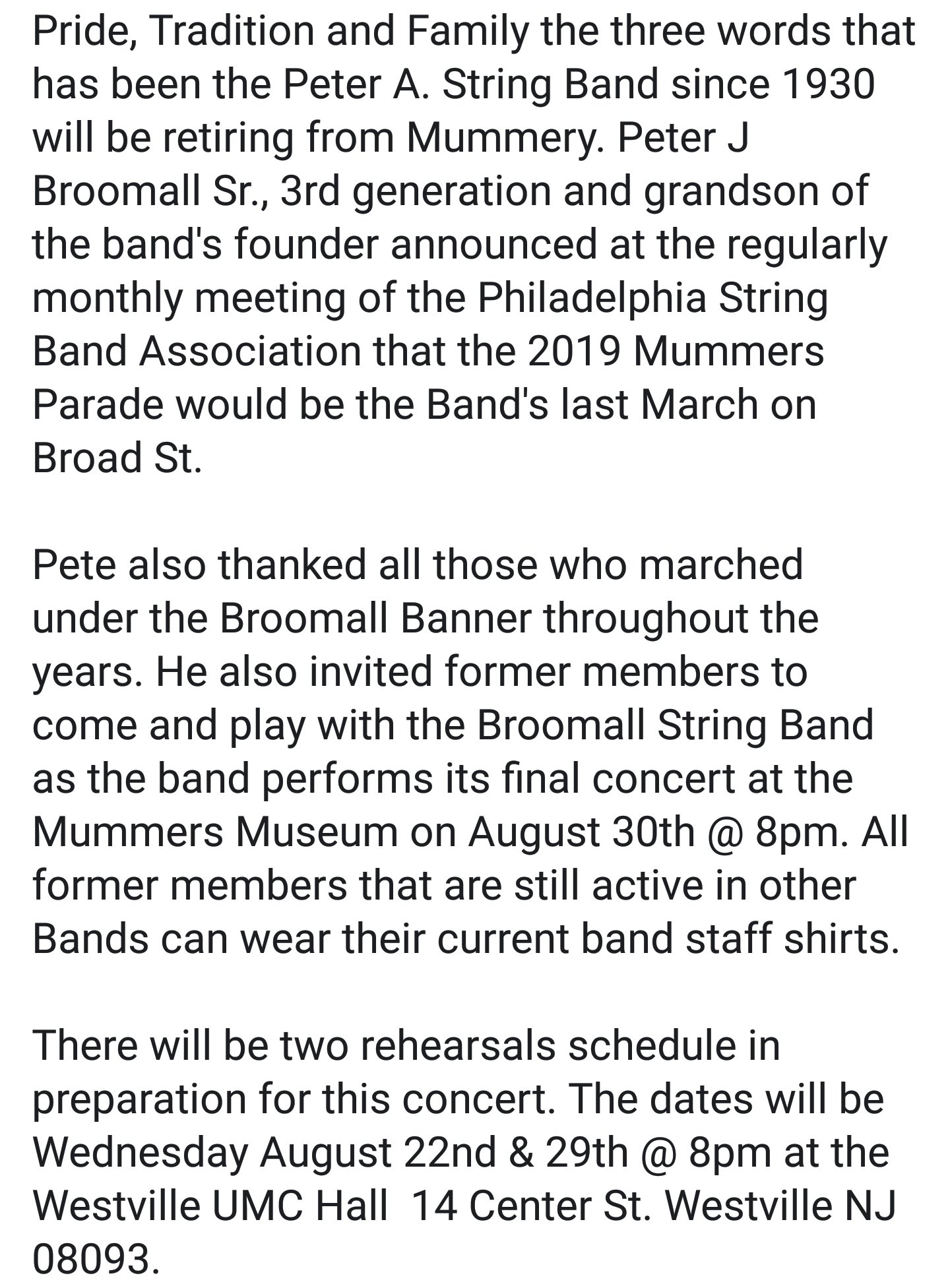